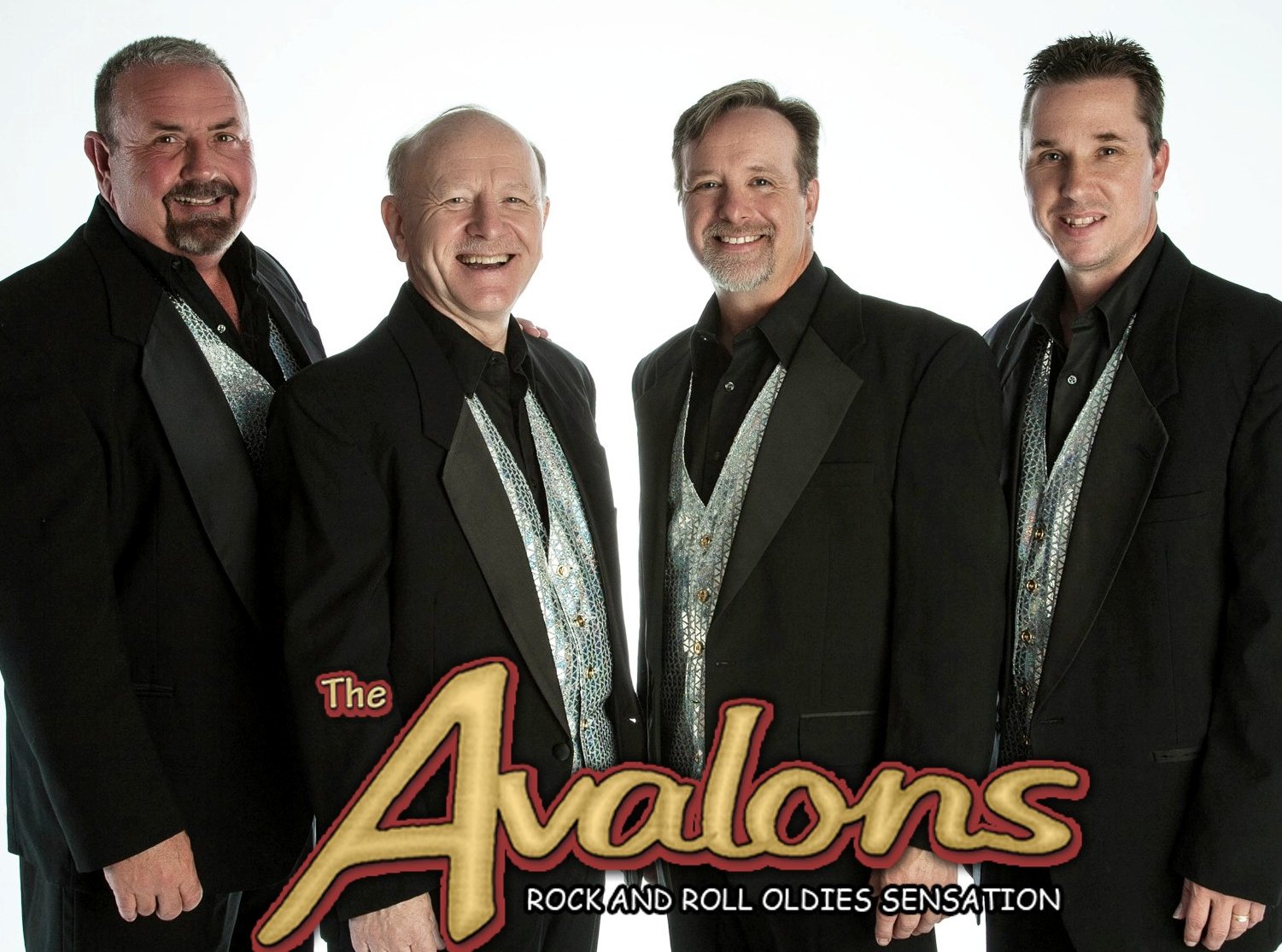 The Avalons will perform LIVE at the Mitchell Opera House on August 14th at 7:00 p.m. The Avalons (formerly Sh-Boom) had its birth in 1987 when two fellow broadcasters at an oldies station with a love for 50’s and 60’s rock decided they could produce an excellent show! They decided that they wanted to be a show with all the entertainment elements…costumes, choreography, audience participation and wacky humor, instead of just another band that played oldies music.  A wacky comedy style evolved along with the music and their great 4 part harmonies were complemented with one zany bit after another.

Within a few years, they were headlining at fairs and festivals around the midwest and east coast.  They were soon opening for scores of legendary artists like The Temptations, The Four Tops, Paul Revere and the Raiders, and others.  A four day engagement at Springfest in Ocean City, Maryland, landed them a long term association and even more opportunities to open for acts like The Beach Boys, The Smothers Brothers, America, Frankie Valli & the Four Seasons and even country acts like Mary Chapin Carpenter, Collin Raye, Marty Stewart and dozens of others.  Everywhere, they left audiences applauding their great harmonies, howling at their wacky comedy, and praising them for recreating so many warm memories of the 50’s and 60’s.