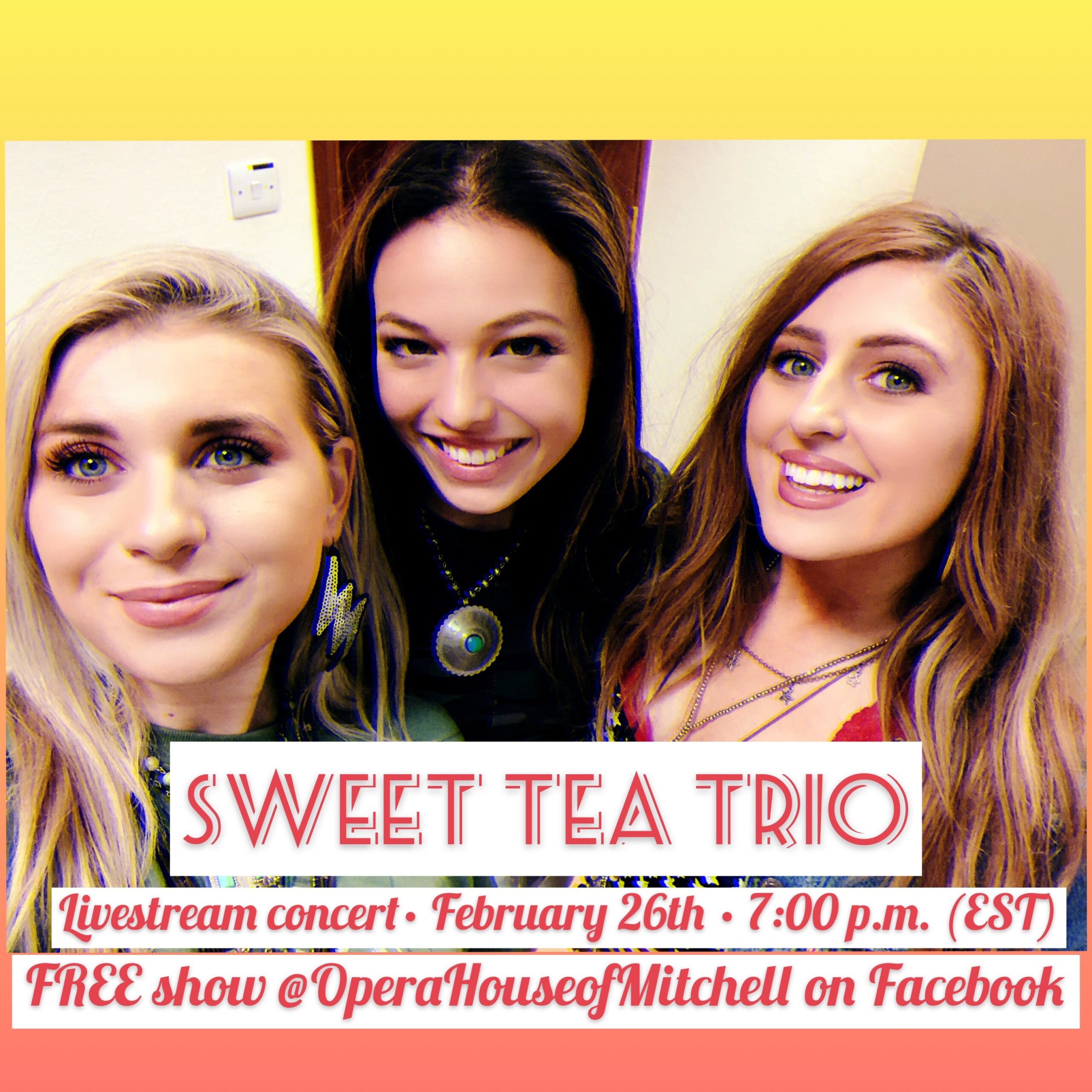 The Sweet Tea Trio will perform live on our Facebook page on February 26th at 7:00 p.m. Alabama natives and rising country group the Sweet Tea Trio have really grown their following over the past few years! In 2018, they opened for iconic Kid Rock and played to a packed house at Nashville’s Bridgestone arena.

The Trio’s self titled EP debuted on the i-Tunes Country Chart at number 11 this past June and has delighted audiences and impressed the country music industry alike. The EP was produced by Jason Wyatt (former lead singer of The Lost Trailers) with Executive Producer Matt Rovey (Craig Campbell, Dean Brody). The Trio have two original songs on the six-song project; the other songs are written by top Nashville writers including Josh Kear, Mark Irwin, Brandi Clark, Shane McAnally and Josh Osborne.

They made their national television debut singing at the Talladega Superspeedway, and have shared the stage with acts such as Lonestar, Tracy Lawrence, Scotty McCreery, Diamond Rio, Drake White, Shenandoah and others. The trio were named Alabama’s Country Female Artist of the Year for 2016.  In 2017, they were chosen by LiveNation to be the opener for Bon Jovi in Birmingham, and they performed six shows as a special guest of Kid Rock on his eighth annual Chillin’ the Most Cruise.

This is a group that you won’t want to miss. We hope to see you on our Facebook page on February 26th!