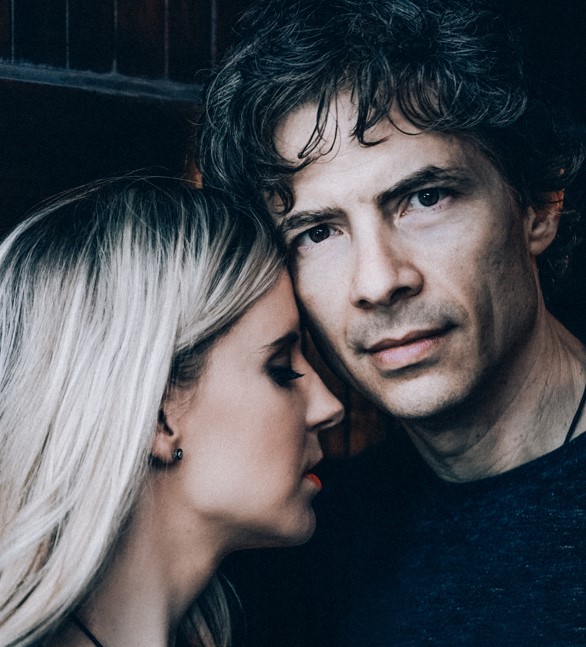 Swearingen & Kelli recreate the music, memories and magic of the most famous folk-rock duo of our time, Simon & Garfunkel.

AJ Swearingen has been performing this music for twenty years with mastery of Paul Simon’s intricate guitar playing. His deep baritone blends perfectly with Kelli’s angelic vocals delivering a true tribute to the sound of the 1960’s Greenwich Village, NY coffeehouse performances.

The duo is on a mission to share this iconic music to new audiences around the country.

Both artists were heavily inspired by the great 70s singer-songwriters, but their unique ability to channel the sounds of Simon & Garfunkel is immediately apparent when you hear them perform these classics songs live.

SOME SONGS FROM THE SHOW:

The duo’s brand new album, Cold-Hearted Truth, bridges the gap between folk singers and country rebels. Recorded in a series of live takes with Grammy Award-winning producer Mitch Dane (Jars of Clay, JJ Heller, The Blind Boys of Alabama), this third LP has been featured on Americana Highways, Cowboys and Indians, and Red Line Roots.

Swearingen & Kelli have shared the stage with artists including David Bromberg, Crystal Gayle and Kenny Rogers. Swearingen’s song “You’re Not Here With Me” was recorded by folk icon Tom Rush featuring Nanci Griffith on his album, What I Know.